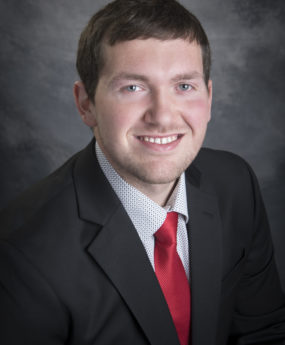 Bryant became a member of Team Tarter in February 2013. Bryant graduated from Indiana University East in May 2013 with a bachelors degree in Business Administration and a concentration in Finance. After graduating from Winchester Community High School, he served in the United States Army Reserves as a medic. He is currently a full time Realtor for Team Tarter.  Bryant married his high school sweetheart, Kelsey Tarter, in October 2013. Bryant is a member of the Mid Eastern Indiana Association of Realtors and the National Association of Realtors. He has two dogs; Ellie, who is a Boston Terrier, and a Chocolate Lab named Gus.